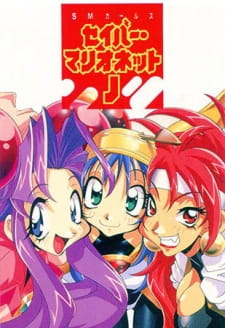 Synposis: In the distant future, since the Earth has become overpopulated, efforts to find and colonize on other planets have begun. However, one of the ships, the "Mesopotamia" malfunctions and all but 6 of its inhabitants are all killed. the remaining 6 manage to escape to a nearby planet named "Terra ll ", which is similar to Earth in many respects. However, all of them are male. Therefore, as to not let their efforts go to waste, they begin to set up 6 countries and to reproduce through cloning and genetic engineering. however, there are still no women, and to make up for it they create lifelike advanced female androids called "Marionettes" which do everyday chores and work. However, they are all emotionless machines. But one day, a ordinary boy named Otaru finds and awakens 3 special battle type Marionettes that have emotions due to a "Maiden Circuit" within them. It's up to him then to teach them and allow their emotions to grow, and when a nearby country threatens with world domination, it's up to to Otaru and his "human" Marionettes to protect their country.